Vodafone goes 4K with IPTV, ADSL TV packages | 4K/UltraHD | News | Rapid TV News
By continuing to use this site you consent to the use of cookies on your device as described in our privacy policy unless you have disabled them. You can change your cookie settings at any time but parts of our site will not function correctly without them. [Close]

Vodafone Spain has started commercialising the first Ultra HD set-top box (STB) in the country, for both fibre-to-the-home (FTTH) and ADSL-based TV packages. 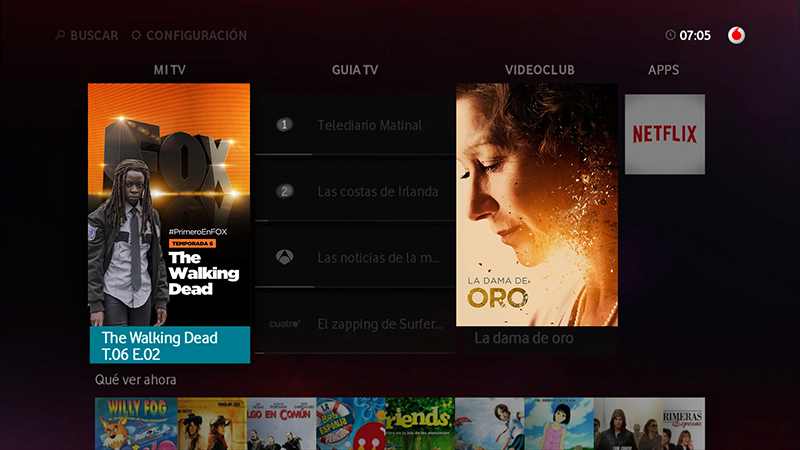 Although other operators like Movistar+ have recently been scheduling 4K content, especially with regard to sports, no player has yet launched an STB which supports the ultra high definition (UHD) standard.

Through this move, Vodafone will also unify its TV offering for both IPTV and ADSL subscribers. Vodafone TV includes over 120 channels, time-shifted broadcasting, video-on-demand (VOD) and integrated smart apps such as Netflix. In addition, the set-top box supports DTT, enabling access to Spain's large free-to-air schedule.

The telco continues its move into pay-TV as it consolidates as a fibre operator after the acquisition of ONO. Last week Vodafone also announced a plan to deploy mobile TV in order to drive data demand.