HITN beefs up educational content portfolio | Programming | News | Rapid TV News
By continuing to use this site you consent to the use of cookies on your device as described in our privacy policy unless you have disabled them. You can change your cookie settings at any time but parts of our site will not function correctly without them. [Close] 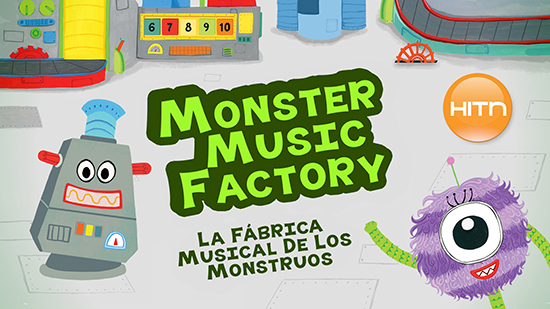 The pay-TV network's children’s programming will feature educational spots developed in collaboration with educator Herbert Ginsburg. The spots, inspired by the interactive storybook, Monster Music Factory, will take the form of an animated series which has five episodes so far.

The series is specifically designed to reinforce fundamental mathematics concepts among children aged three to five. “The goal is to create an entertaining experience for kids while teaching them basic maths and language concepts,” explained Ginsburg, who is known for his studies demonstrating that children as young as 18 months have basic mathematical ideas and skills.

The 45-60-second spots will be presented during HITN-TV's children's programming blocks between 10-11am and 5-6pm.

“The children who watch our network are mostly bilingual and speak Spanish as their main language at home. We hope that these animated spots will be very helpful for parents in instilling fundamentals of mathematics in their children,” said Esther Yoon, HITN's senior associate for research and partnership development.