Spain's FTA duopoly calls the shots in ad market | News | Rapid TV News
By continuing to use this site you consent to the use of cookies on your device as described in our privacy policy unless you have disabled them. You can change your cookie settings at any time but parts of our site will not function correctly without them. [Close]

Atresmedia and Mediaset, owning six and seven free-to-air (FTA) channels respectively, are increasing profits while consolidating their control over the advertising market. 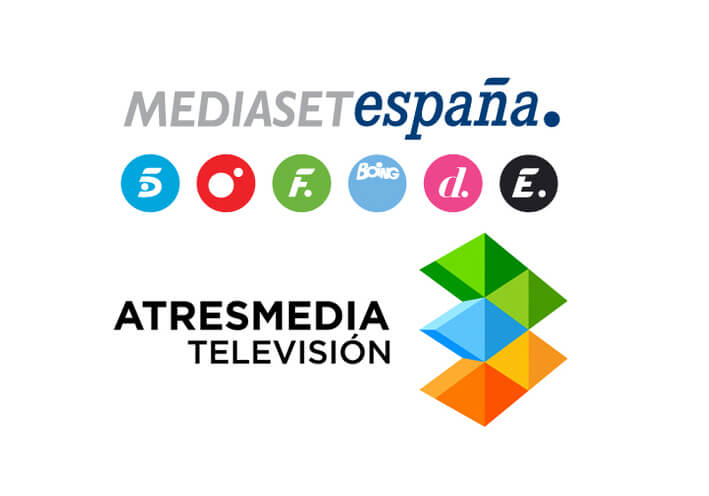 During worse years of advertising crisis, both media groups managed to raise their market shares.

In fact, by the end of 2015, both companies controlled nearly half of the whole advertising business across every media platform. And looking at TV alone, Mediaset received 43.4% of the advertising income, closely followed by Atresmedia and its 42.1% share.

Spanish advertisers have complained about the FTA duopoly and the latest licensing handouts which have increased it.

Both groups compete against each other in programming and audience figures, with Mediaset being the clear winner in 2015, closing the year invoicing €971 million (€898 million for advertising) and seeing profits triple compared with 2014 to reach €166.2 million.

The latest Arce Media advertising report showed that Atresmedia and Mediaset both invoiced more for advertising than the entire print media industry.