Telemundo to build $250MN HQ, production facility | News | Rapid TV News
By continuing to use this site you consent to the use of cookies on your device as described in our privacy policy unless you have disabled them. You can change your cookie settings at any time but parts of our site will not function correctly without them. [Close]

Telemundo has chosen Miami in which to build its new global headquarters, from where the company aims to strengthen Spanish-language production. 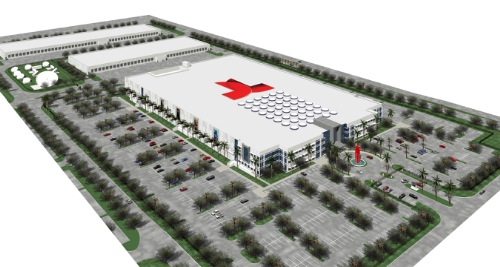 NBCUniversal and parent company Comcast will invest more than $250 million in the construction of the facilities, which will initially house 1,100 employees. The headquarters will bring all of the division's offices, broadcast and production operations under one roof, including the Telemundo Network, Telemundo Studios and Telemundo International, as well as its cable network NBC Universo and its digital media operations.

“This is a very important step in the evolution of our company at a time when we're enjoying tremendous momentum and have just wrapped a record-breaking year,” said Cesar Conde, chairman of NBCUniversal Telemundo Enterprises and NBCUniversal International Group. “Our new global headquarters will enfold all of our division's offices and production studio spaces into one state-of-the-art facility that will help us do business in a more collaborative way.”

“Our investment in this building is the latest example of our enthusiasm for NBCUniversal Telemundo Enterprises, its bright future, and our strong commitment to Florida,” added David L Cohen, senior executive VP and chief diversity officer, Comcast Corporation. “As the country's largest provider of Spanish-language programming, we are excited about the development of these new headquarters as we further build on our strong commitment to the Hispanic community.”

Equipped with the latest production technology, the new headquarters aim to be an advanced television production facility. From here, NBCUniversal Telemundo Enterprises will be poised to provide more Spanish-language programming and multi-platform connections to the growing US Hispanic market and audiences around the world.