2016 Milestones In Digital Plumbing | Predictions for 2016 | Rapid TV News
By continuing to use this site you consent to the use of cookies on your device as described in our privacy policy unless you have disabled them. You can change your cookie settings at any time but parts of our site will not function correctly without them. [Close]

2016 will be the year of digital supply chain automation. The content gets the sexy coverage, but content isn’t much fun if you can’t deliver it to the consumer.  Getting film and TV content from the artists to consumer requires complex technology and laborious coordination.  Supply chain automation techniques and standards have been emerging over the past few years and are now ready for prime time.  2016 is the year where automation will take off.  Consumers will see more content faster and supply chain costs will plummet.

The movie and television industry has been attacking automation standards for some time, and those efforts are finally bearing tangible fruit. 2016 is the year when online retailers and content producers will realize substantial benefits. Three particular efforts spring to mind.

The first one is standardization of content availability data or Avails, which is an industry term for information about the time, location and business rules for offering a film or program to a distributor. Historically, Avails have been delivered to retailers in a myriad of formats using different terminology and with no consistent mechanism for transmission or ingestion. International retailers and content producers have been working toward agreement on one standard specification for defining Avails and exchanging them in an automated format, similar to the electronic data interchange systems used by offline retailers. There is now growing acceptance of a new EMA Avails specification that provides a standard spreadsheet format for creating and delivering Avails. That format is in use today by major distributors and content producers. The next step is transformation of that data from spreadsheet form (sometimes tens of thousands of lines long) into a truly automated XML feed that will simplify and streamline content Avails processing for the whole industry. That is one of the big happenings of 2016. It will be a milestone in the evolution of the digital plumbing underlying the purchase, rental, and streaming of movies and TV all around the world.

The second one is standardization of deliveries. To put a film or show in front of a consumer online, a retailer or streaming provider needs an array of digital assets. Those include the video file itself as edited for every territory, with language or subtitle files for every territory, original and translated artwork, plus trailers, images, metadata, etc. It’s another complex delivery challenge that begs for standardization. The industry has worked on that problem for years and has just published a new Media Manifest Delivery Core specification that provides an easy and standard way to inventory items delivered by a content producer to a distributor. It’s a machine-readable delivery manifest with standard terminology that allows the sender and recipient to automate the packaging of all those files. It’s still incredibly complex given the large number of file formats delivered, but a standard manifest is a critical first step. That will make a difference in 2016 and will cut costs for everyone.

The third critical item is machine-readable identification of the content itself. Offline retailers have used UPC and EAN codes for decades to automate inventory management and electronic data interchange. Needing a similar solution for digital video, a few years ago the industry created the Entertainment ID Registry (EIDR) to for digital distribution of movies and TV. EIDR is a vital enabling element in the automation efforts and is built into the EMA Avails specification and the Media Manifest Delivery Core. It is a third leg of the stool that will enable big improvements in the efficiency of digital distribution of movies and TV in 2016. www.eidr.org 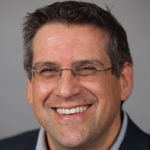