Telefónica, Disney to launch Star Wars channel in Spain | Pay-TV | News | Rapid TV News
By continuing to use this site you consent to the use of cookies on your device as described in our privacy policy unless you have disabled them. You can change your cookie settings at any time but parts of our site will not function correctly without them. [Close]

Warming up for the Star Wars Episode VII movie premiere, scheduled for 18 December, Disney and Telefónica have inked a content agreement to fill Movistar+'s schedule with Star Wars programming and launch a themed channel two weeks prior to the premiere. 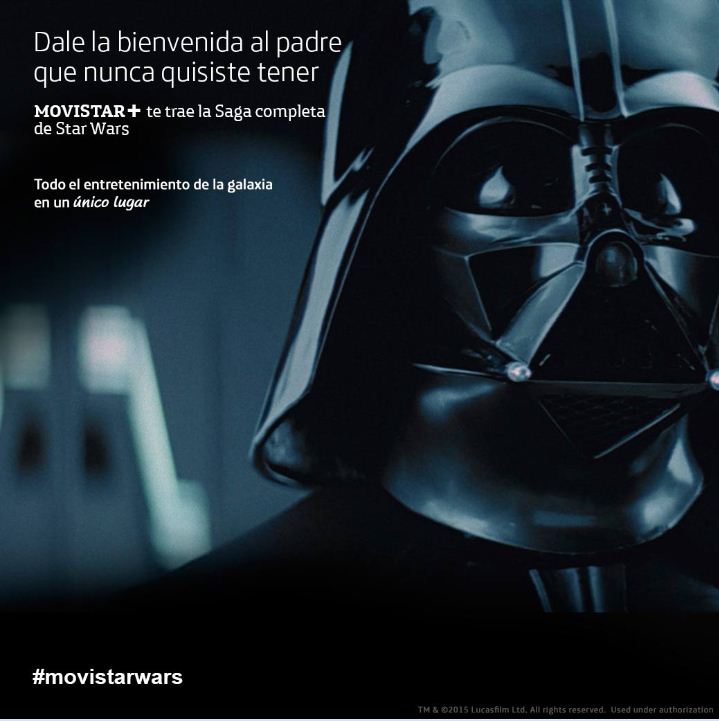 Starting last weekend with binge broadcasts of the whole saga, Telefónica's pay-TV platform will air the six films several times during October and November, warming the fans up for the seventh episode, The Force Awakens.

In addition, Movistar+ will broadcast extra and making of content analysing Star Wars' filming techniques and visual effects. The Star Wars Celebration programme, filmed during the Episode VII presentation at San Diego's Comic-Con in July, and Star Wars Universe, a documentary to get deeper into the George Lucas-designed universe, will also air.

At the beginning of December, in collaboration with Disney, Movistar+ will launch a Star Wars channel with 24/7 programming related to the saga, including in-house productions like El Imperio de los Fans (The Fans' Empire).

All the content will be also available on-demand for mobile and connected devices.