EE, BBC score mobile video goal at FA Cup Final | Second Screen | News | Rapid TV News
By continuing to use this site you consent to the use of cookies on your device as described in our privacy policy unless you have disabled them. You can change your cookie settings at any time but parts of our site will not function correctly without them. [Close]

Even though the teams have yet to decide who will be the winner on the pitch, off it, and in the air, EE and the BBC will already be celebrating the first live 4G broadcast of the FA Cup Final. 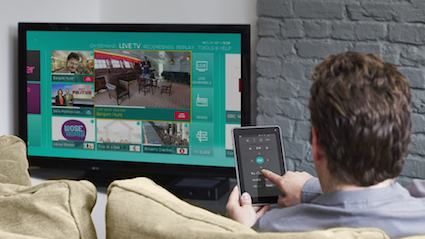 The pinnacle of the English cup football, to be contested by Arsenal and Aston Villa at the legendary Wembley Stadium, will host to a test of what EE calls the 'revolutionary' capability of 4G-powered mobile broadcasting in very testing circumstances.

Indeed live TV events drive the highest peaks of usage on the EE network, and 4G Broadcast – also known as LTE Broadcast – is designed to provide a solution to the issue of customers in the most crowded areas seeing pixelated or buffering video content due to congestion. In addition 4G Broadcast is claimed to be able to overcome the major capacity challenges of a mobile network when users are streaming live video by enabling any number of devices in one location to connect to a single multicast stream of live, feature-rich content with  HD quality video. EE intends to build 4G Broadcast capability into its network in 2016, and will work with device makers, content owners and broadcasters to continue to enhance the service and to encourage adoption.

"4G is not just about faster web and video download speeds, it will also change where and how we watch live events on mobile devices," said EE CEO Olaf Swantee. "We are continuing to innovate, and to show how powerful 4G technology can be. In the future, 4G Broadcast will make live television available to mobile audiences in a way we have never seen before, and the cross-industry collaboration in this project has enabled a big step forward in making that possible."

Added Matt Stagg, Head of Video at EE, and founder of the Mobile Video Alliance: "Momentum is growing around 4G Broadcast as companies from mobile, from broadcast and from content industries recognise how it can finally be the way to more efficiently deliver a truly great TV experience to large numbers of mobile viewers. This wasn't possible with 3G, but it is part of the 4G roadmap and we're investing in this innovation to give customers a great mobile video experience, wherever they are."

For the Cup Final, the trial will show the importance of partners across the mobile and broadcast industries working together to transport broadcast streams of video all the way from the cameras at pitch side to viewers' devices, in the shortest time possible and with the highest quality. As well as the BBC, partners included Qualcomm, Huawei, EVS and Intellicore.

A custom-built 4G Broadcast EE app will allow selected viewers in Wembley Stadium to switch between the pitch and the broadcaster's footage with a choice of live action or replays. The app also incorporates live updates of interactive Opta stats from the game, and an interactive function allowing viewers to ask questions regarding the game. Viewers will also see a bespoke version of the BBC's Sport app, connecting to the EE 4G Broadcast demonstration, created by the broadcaster's R&D and Sport teams.

BBC Sport supplied three live streams for the EE 4G Broadcast demo – two direct feeds from the stadium coverage, and one feed of the broadcaster's coverage that is available to its conventional viewers. The corporation's R&D team is using Stagebox technology to transfer the direct feeds from the Outside Broadcast truck linking the Outside Broadcast to the EE network in real time. Streams will be encoded in MPEG-DASH format before being sent to EE just after being a captured live.