Rocketing Facebook surpasses YouTube in video views | NAB 2015 | News | Rapid TV News
By continuing to use this site you consent to the use of cookies on your device as described in our privacy policy unless you have disabled them. You can change your cookie settings at any time but parts of our site will not function correctly without them. [Close]

The rise of Facebook in online video has been long expected, but many will be surprised at just how much the social media network has become a huge player, surpassing even YouTube, says a survey by Mixpo. 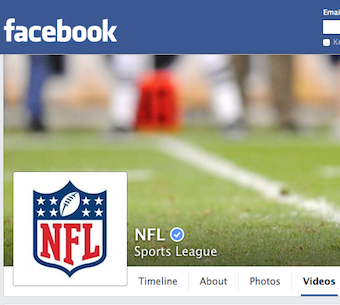 According to the video and social advertising provider's report, The State of Video Advertising: Facebook's Rise to Dominance, Facebook has been a fast emerging player in video, having rocketed into a leadership position.

Since summer 2104, Facebook has been slugging it out with YouTube for the top spot in online video with its meteoric rise driven by growth in video views per person, which have nearly doubled year-on-year from January 2014 compared with January 2015. Facebook's reported video views exceeded three billion per day in January 2015, a figure that had tripled since September 2014. In all, the Mixpo report shows that Facebook attracted 9.6 billion desktop videos in February 2015, compared with YouTube's 9.4 billion. This gap was even more marked in terms of videos per person with ace book outgunning the Google service by a margin of 107.4 to 69.5.

Yet despite this, Facebook faces a number of commercial challenges according to the report. In 2014 more advertisers ran video campaigns on YouTube than Facebook, though that latter was largely considered a social marketing opportunity, and the report found that 83% of companies do not consider the social team the primary strategy driver for ads run in social.

Mixpo expects this situation to flip throughout 2015 with more advertisers planning to run video ads on Facebook than on YouTube. "The advertisers we talk to are all generally interested in running video ads in social. What we see holding them back is a lack of experience," explained Mixpo vice president of marketing Justin Kistna. "We created this report to not only give advertisers more insights on the macro trends, but also specific, tactical knowledge from actual campaigns."