Sky Deutschland appoints new CEO | Pay-TV | News | Rapid TV News
By continuing to use this site you consent to the use of cookies on your device as described in our privacy policy unless you have disabled them. You can change your cookie settings at any time but parts of our site will not function correctly without them. [Close]

The supervisory board of Sky Deutschland has appointed Carsten Schmidt to succeed Brian Sullivan as chief executive effective 24 June 2015. 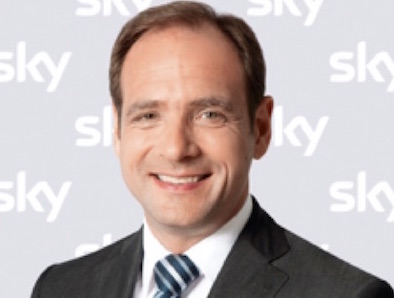 Sullivan is leaving the German pay-TV giant to return to the US and will work alongside Sky Deutschland's current chief officer sports, advertising sales & Internet over the coming months before handing over to Schmidt who has served on Sky Deutschland's management board since 2006.

In his current position Schmidt has played a key role in the company's strong growth and the development of its market-leading position in exclusive content, with responsibilities including sports programming and rights acquisition, online TV activities and advertising sales.

Commenting on the announcement, Sky Group chief executive and chairman of Sky Deutschland's supervisory board, Jeremy Darroch, said: "Brian has made a huge contribution to Sky Deutschland over the last five years. He has built an excellent team who have delivered a step-change in growth and opened up the significant future opportunity for Sky in Germany and Austria. We wish him the very best as he returns to the US.

"We are delighted to appoint such an experienced and capable executive from within the existing leadership team. Carsten has played a central role in the transformation of Sky in Germany, building a strong business in premium sport with a deserved reputation for outstanding quality and innovation. With the support of an excellent team, he will lead the next phase of Sky's growth as it continues to execute on a well-established and successful strategy."