Discovery founder to launch first ad-free SVOD service | VOD | News | Rapid TV News
By continuing to use this site you consent to the use of cookies on your device as described in our privacy policy unless you have disabled them. You can change your cookie settings at any time but parts of our site will not function correctly without them. [Close]

John Hendricks, the founder of the Discovery Channel and former chairman of Discovery Communications, has revealed plans to launch what he says is the world's first ad-free multiscreen subscription video-on-demand (SVOD) service. 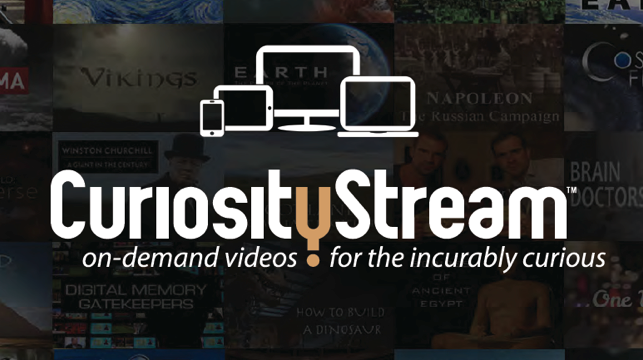 The stated mission of CuriosityStream is to provide an affordable, ad-free destination where 'the world's best' factual television content may be enjoyed on-demand and on any device. It will aggregate documentaries about science, technology and civilisation, 'immune' from ad-driven ratings pressure that it says inevitably leads to lowest-common-denominator programming.

In contrast, CuriosityStream says that it will exhibit content that 'enriches, enlightens, enchants, and thereby enables curious humans to explore and better understand the world'. CuriosityStream will begin life on 18 March 2015 with over 800 video titles accessible on-demand and ad-free. It has already curated content from France's ZED, Flame Distribution, Terra Noa, Japan's NHK and BBC Worldwide.

"I have long dreamed of a content-on-demand service that uses advanced media to empower the enduring human desire to understand the Universe and the world around us," explained Hendricks. "The advent of online streaming technology utilised by Netflix and other successful video streaming services has created a video transmission infrastructure that finally allows viewers to watch what they want to watch, when they want to watch it. Of course, this same on-demand, ad-free transmission framework can deliver premium factual content as well as premium entertainment content."

CuriosityStream has also commissioned production new documentary series and short-form programming in 4K/Ultra HD resolution, including Big Picture Earth, to be produced by David Conover, the filmmaker behind Sunrise Earth. It is also commissioning Deep Time History, an exclusive, multi-episode original production that will trace events of history, while also revealing the geologic and geographic underpinnings of their events and epochs. Digits, another CuriosityStream 2015 original series commission, will deliver a comprehensive history of computers and the Internet, as well as consider the far distant possibilities of quantum computing, virtual reality and artificial intelligence. Deep Time History and Digits will be available in North America. Short-form content, generally less than eight minutes in length, will comprise a significant part of the on-demand CuriosityStream library.

The technology underlying CuriosityStream is a collaboration between Curiosity Project engineering and software staff and a number of leading digital companies, including Limelight Networks which will provide content hosting in the cloud for content. Those with Apple TV, Roku, and Chromecast will also be able to view CuriosityStream in HD.