BT confident Netflix access will add further fuel to TV business | IPTV | News | Rapid TV News
By continuing to use this site you consent to the use of cookies on your device as described in our privacy policy unless you have disabled them. You can change your cookie settings at any time but parts of our site will not function correctly without them. [Close]

BT's commitment to television is now reaping rewards for the corporation as whole, according to its latest set of financial results. 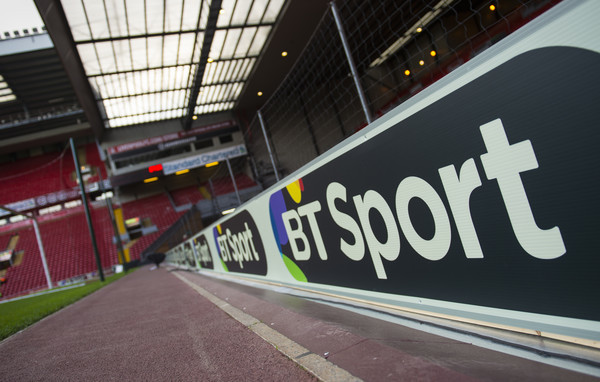 Indeed for the quarter ended 30 September 2014, a 7% revenue increase in BT Consumer, primarily driven by growth in broadband and TV revenue, was offset by reductions elsewhere, mainly in BT Wholesale and Openreach. BT's key measure of the group's revenue trend, underlying revenue excluding transit, increased 0.2% in the second quarter.

Overall during the quarter, BT added 38,000 TV customers and the corporation singled out BT Sport for its individual contribution to both top and bottom-line growth in the BT Consumer division. In Q2 2014, the sports channel delivered 45% increase in Premier League audiences on average. However this growth came with a commensurate rise in BT Sport programme rights charges which for Q2 were £83 million, compared with £50 million for the quarter a year earlier. For the half year, programme rights charges increased to £161 million, more than treble that for the previous year reflecting the launch of BT Sport in August last year.

As it aims to accelerate this proposition, BT confirmed that it has struck a deal with Netflix that will allow its customers to sign up for the leading subscription video-on-demand (SVOD) service directly through its IPTV and YouView-based TV offerings. This will put the company on a par with UK cable provider Virgin Media which has been offering EPG-based access to Netflix for some time.

Commenting on the results, BT chief executive Gavin Patterson said: "This was a solid quarter, with results slightly ahead of market expectations as we reduced costs and grew EBITDA. Our consumer business continues to perform well thanks to the impact of BT Sport ... Fibre is also driving growth with one in three of our retail broadband customers enjoying super-fast speeds. Our fibre footprint has increased to more than 21 million premises and will continue to grow. We continue to see strong demand across the market for the faster speeds that fibre offers."

Adding his take on the announcement, Warren Ruhomon senior market analyst at Finspreads, a provider of derivative trading services for retail investors, said: "The Netflix deal—not just with BT, but also with rival TalkTalk, adds an interesting, and difficult to read dimension to the competitive non-terrestrial TV landscape at the moment...[We see ]BT has decided to increase the scope of its competition against BSkyB by partnering with Netflix [which will ] add more entertainment and movie-style programming to BT's already established roster of sport. That begins to close the gap versus Sky. In the longer term, the question is, 'what is BT's strategy to counter the built-in "disruptiveness" of streaming services, like Netflix, to BT's (and Sky's) business models?

"We can already see the trend of a consumer shift to streamers gathering pace in the US, with Netflix recently capitalising on this by beginning to offer direct programming (HBO). We are some years away from a similar scenario in the UK. For the moment, it's a precarious balance BT and Sky face in enabling access to Netflix and other streaming services. Not least because of the extra pressure on cable bandwidth.