Brazil's TV Educativa switches to digital with VSN | News | Rapid TV News
By continuing to use this site you consent to the use of cookies on your device as described in our privacy policy unless you have disabled them. You can change your cookie settings at any time but parts of our site will not function correctly without them. [Close]

Brazilian local broadcaster TV Educativa de Porto Alegre has tapped VSN to help it move from analogue/manual to digital/automated workflows, and from linear to nonlinear systems. 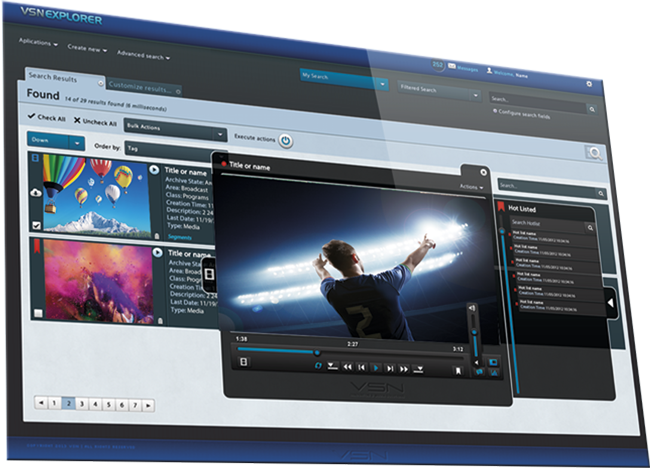 TV Educativa will use two EVS XS Nano broadcasting servers for four channels and 3 TB of internal storage, configured as mirrors and controlled by VSNMULTICOM REC and VSNMULTICOM PLY.

The system includes the control of involved devices through RS 232/422, such as Router, Switcher, Chyron MOS Character Generator and client stations for remote operation, such as VSNMULTICOM REC, VSNMULTICOM SCHEDULER and VSNMULTICOM REMOTE.

"The new digital system's workflow installed by VSN was very beneficial to the internal workflow of our TV channel, because it provides agility, reliability and seamless integration between the different sectors of our station," said Rafael Haag, director of engineering at TV Educativa de Porto Alegre. "Today, we have numerous facilities and, for example, from any workstation a reporter has the ability to edit the ingested content and can directly access the audiovisual collection we have stored during years of activity."

For news, a MOS-based VSNNEWS TXT news system has been deployed with 30 client licences to replace the older Avid iNews. Also, the solution includes four EDIUS Broadcast video editors for news-post production, two dedicated servers for ingesting content through file transfer and for FTP reception, a two-channel VSNVMAX Playout server dedicated to news broadcasting controlled by VSNLIVECOM, and VSNAUTOREC DIRECTOR as an intelligent control system for ingesting channels. The latter allow the user to programme automated captures that are received through baseband signals at the station, which can be registered later in the MAM or be sent as raw material to deep archive.