Pay-TV dominance masking full extent of soaring SVOD | VOD | News | Rapid TV News
By continuing to use this site you consent to the use of cookies on your device as described in our privacy policy unless you have disabled them. You can change your cookie settings at any time but parts of our site will not function correctly without them. [Close]

A research note from Gartner has revealed that the huge rise of video-on-demand (VOD) in 2014 – driven mainly by Netflix and Amazon – may be somewhat understated. 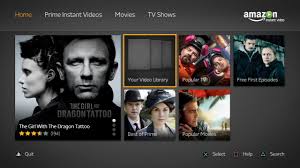 The analyst states that the current pre-eminence of pay-TV services is occluding the full extent of the rise in VOD, in particular subscription services (SVOD). It calculates that even though pay-TV is the biggest segment of the overall consumer video services market, accounting for 96.3% of total spending in 2014 and likely to rise to 94.2% by 2018, SVOD is growing fast.

The analyst added that of all the video media services that consumers pay directly to the service provider, over-the-top (OTT) SVOD services have the strongest growth potential. It expects consumer spending on SVOD services to grow 28.1% in 2014 and 18.2% in 2015. Yet Gartner noted that SVOD will not displace pay-TV services as a whole and will be complementary to traditional pay-TV services such as cable TV, satellite TV or IPTV.

That said, Gartner also observed that consumers will likely increasingly spend less on additional premium services from pay-TV providers and divert the spending to SVOD. It foresees a small segment of the population, particularly those who are starting a new household and haven't yet subscribed to pay-TV services, will only rely on online access to video and TV content.

There will also likely be noticeable regional differences in development, driven by the maturity of the SVOD market itself, including availability of providers and content, the readiness of the broadband infrastructure and consumers' ability and willingness to pay. Commented Gartner principal research analyst Fernando Elizalde: "While North America and Western Europe will drive overall spending on SVOD services, they are the slowest growing markets globally – spending on SVOD services in North America is on pace to grow 28.5% in 2014 and in Western Europe spending is expected to increase 18.6%. In the emerging regions, where this type of services is more novel, we estimate SVOD spending will grow 53% in 2014.

"Gartner estimates that households spend anywhere between $6 and almost $10 on average per subscription worldwide. The spending varies somewhat regionally with emerging Greater China, Sub-Saharan and Asia Pacific countries paying the least per subscription ... [We estimate] that 'technology enthusiast' households, in other words, early adopters, are already subscribing to multiple SVOD services in mature markets. In fact, technology enthusiasts in the US spend on average $15 a month on SVOD services, while the same group in Germany spends $17."

Looking at the European market in general, Elizalde added that as more SVOD services become available in Europe, iTunes, Amazon and Netflix would likely continue to lead as their services become available in European countries. It also expects the entrance of other service providers to foster service awareness, competition and better services for the consumers. The analyst stressed the importance, not necessity, of local language content from international SVOD service providers to appeal to a broader audience.