Argentina's digital TV reaches 87% of population | DTT | News | Rapid TV News
By continuing to use this site you consent to the use of cookies on your device as described in our privacy policy unless you have disabled them. You can change your cookie settings at any time but parts of our site will not function correctly without them. [Close]

Between satellite and terrestrial infrastructures, Argentina's public digital TV is now available to 87% of the population, including those in many rural areas. 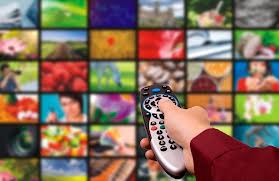 Following the digital network expansion throughout Argentina, 11,000 schools are connected to digital TV, "even in Villa Llanquín," said Nemirovsci, referring to a very isolated area in Rio Negro which can be only reached by car on a raft.

Argentina's public TV service is currently delivering 24 HD signals which broadcast over 7,000 hours of audiovisual content produced in the country. The TDA plan is now working on the digitalisation of public regional signals, aiming to convert the entire public network schedule to digital.

Although digital TV is available through satellite, the fibre network is essential for stable TV delivery. "It's important the country moves forward with fibre deployment, having already installed over 35,000km of cable," added Nemirovsci.

Regarding the digital transition, the Autoridad Federal de Servicios de Comunicación Audiovisual (AFSCA) has already defined the national plan to standardise the transition from analogue to digital.