US tablet video viewing grows strongly | Second Screen | News | Rapid TV News
By continuing to use this site you consent to the use of cookies on your device as described in our privacy policy unless you have disabled them. You can change your cookie settings at any time but parts of our site will not function correctly without them. [Close]

The number of US consumers using tablets to watch TV and movies continues to soar and across all age according to a new consumer survey by Altman Vilandrie & Company. 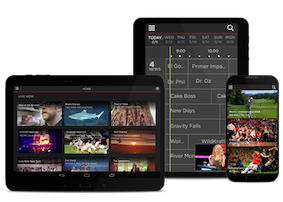 The analyst believes that the data is a stunning riposte to recent criticism of Apple's iPad strategy and found that many consumers bought tablets for the first time last year making the products more popular than ever. It also revealed that tablet ownership increased to 50% from 40% in 2013 and the percentage of all consumers watching TV or movies on tablets weekly jumped to 26% from 17% in 2013.

Smartphones were found to be used weekly to watch TV or movies by more than 40% of consumers under 35 and just over three-quarters (78%) smartphone viewers watch paid online video weekly compared with only 49% of others. A similar percentage also watched broadcast TV weekly, slightly above the 76% rate of others. A supermajority (71%) of smartphone viewers also binge watch—defined as watching three episodes of a programme in one sitting—at least monthly and 41% use their cable provider's TV everywhere service every month.

The phenomenon of cord-shaving jumped from 26% in 2013 year to 35% in 2014. More than half of consumers under 35 say they spend less on cable than they used to because they use internet video instead.

Overall, the analyst found that consumer awareness of TV everywhere, which is generally included in a cable subscription, remains stubbornly low at 40% compared to 58% of smartphone users. "It turns out that Tim Cook was right and the demise of the tablet has been greatly exaggerated," commented Altman Vilandrie & Company Director Jonathan Herd, who oversaw the survey. "While tablet ownership saw solid gains, the significant growth of folks using a tablet to regularly watch TV and movies proves that this is a viewing platform that will be with us for the long haul." "Smartphone viewers watch more TV, are more aware of services and subscribe to more platforms than the typical consumer," added Hurd. "They are the new Holy Grail for the TV industry and providers should be devising strategies for capturing this growing and active demographic, especially as more consumers are cutting back on their cable services."